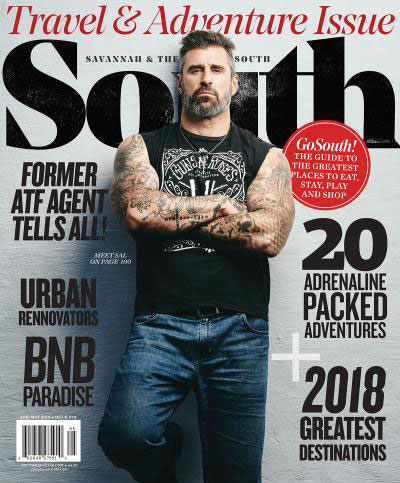 Lou retired in 2016 from the Bureau of Alcohol, Tobacco, Firearms & Explosives (ATF). He began his career with the Department of Justice, Immigration and Naturalization Service, in Los Angeles, in June of 1991. In July of 1996, he served two years with the U.S. Marshals Service, and then he transferred over to ATF where he remained until his retirement effective November 2016.

During his career Lou received numerous awards for his undercover work including:

Lou was assigned to the Undercover Branch, Special Operations Division at ATF headquarters to work as an advisor to field agents around the country for short-term undercover operations and long-term infiltrations of violent criminal organizations. He conducted extensive training, mentoring, and guidance, as well as sharing expertise and best case practices to advance ongoing missions. Lou has provided mentoring and training to ATF agents and various state and local law enforcement officers in undercover operations and complex investigations techniques and procedures at ATF basic and advanced undercover schools. ​

“Lou Valoze was that undercover operative that all us other Undercovers wanted to be. He was bigger, stronger, more handsome, more charismatic, more courageous and of upmost importance, smarter than the rest of us in the game. When I looked a Lou, it wasn’t with jealousy or envy, it was with admiration; pride that “this guy” was on my side. In his book StoreFront, for someone of Lou’s natural assets and track record of overwhelming achievement, to openly discuss his flaws and mistakes, doesn’t diminish him in my eyes, it elevates him. Ego and self confidence are key elements to the personalities of high-achieving UCs. Lou checks his at the door revealing to us his inner demons and providing the raw insight to his covert world that enhances his credibility, dignity and integrity.”

— Jay Dobyns is a retired ATF Agent and the author of bestsellers, No Angel and, Catching Hell

“STOREFRONT is a riveting, realistic, no-holds-barred look inside the little-known world of undercover police work, and what it takes to live and work in that unbelievably crazy environment. ATF Special Agent Lou Valoze personally led long-term ops that kept him in harm’s way for extended periods of time, years on end. While telling of these experiences, Lou also describes in detail how his heroic and lifesaving work came with a cost, nearly destroying his family and his life. A must read for anyone interested in true heroes and true crime!!!”

“Undercover work is a game and the goal is to persuade the bad guy to give you what you want. Successful undercover agents are street smart and use common sense, like Lou Valoze with his storefront operations, and are great at the game, but they also know just how hard it is to never cross a line.”