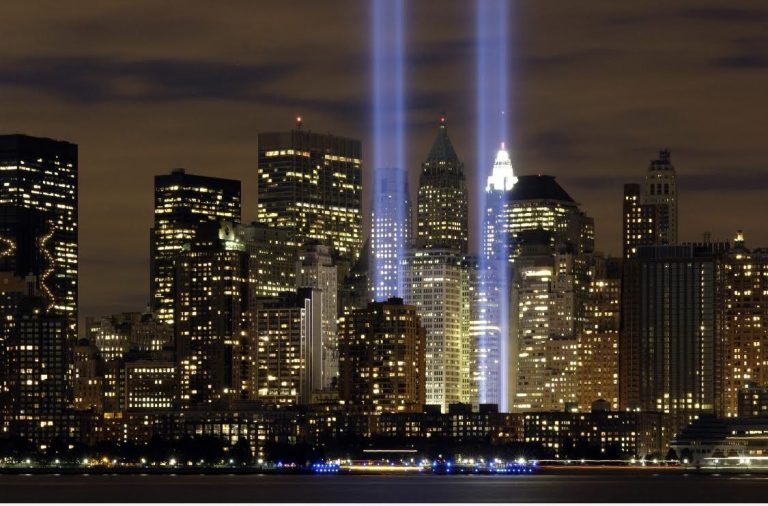 Seventeen Years ago in every firehouse and on bumper stickers of every firefighter’s car in the Fire Department, City of New York, were the words NEVER FORGET. What does that really mean? And have we kept our promise?

After the horrific attacks of September 11th, 2001, we searched the destruction for our friends and all the innocents murdered by Islamist extremists. When we found them, we properly honored them and their families. We took care of their families the very best we could, with America and much of the world at our side mourning with us. We helped raise their children. Our intelligence community worked 24/7 to help track down the evil culprits who planned and executed this attack on America, Shanksville, the Pentagon and NYC. Our military wrought justice on our behalf and wore our fire department patches on their uniforms as they marched forward into battle and wrote the names of our FDNY, PAPD and NYPD heroes on their bombs destined for vengeance. We built amazing memorials and museums properly honoring our dead in a beautiful, poignant way. And, again, our intelligence community and our military identified, planned and executed a daring raid to kill the head of al Qaeda, ending the largest manhunt in US history.

Still, there are a few milestones left for us to honor our promise as we get closer to the 17th anniversary. We continue to detain the five Islamist terrorists in Guantanamo Bay who planned the attacks and soon they will be tried in a Military Commission under the American judicial system. We must speak clearly and honestly about who did this to us, and why they did it. We must continue to honor the uniformed heroes who ran toward the danger, even while knowing they likely would not come back. The 343 FDNY heroes, the 37 Port Authority Police heroes, the 23 NYPD heroes, the 8 EMT/Paramedics heroes. Also, the New York State Court Officers, the fire patrolman, the Secret Service agent and the just-retired FBI agent who rushed to help. And the 24-year-old civilian trader Welles Crowther who, after the south tower was attacked, changed into Superman putting a red bandanna around his face, used his training as a volunteer firefighter and saved dozens of people by directing them to the only stairwell viable for escape.

Indeed, there were many heroes on that day who were just good human beings who chose to help their fellow human beings in need. On that terrible day 17 years ago and since then, good has outweighed evil by a mile. That may be the most important milestone to Never Forget.