U.S. Army Veteran and Author of Becoming a Real-World Samurai 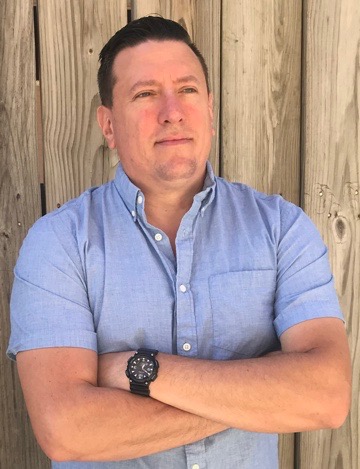 U.S. Army Veteran and Author of Becoming a Real-World Samurai, and ROGER UP

Brent is an avid practitioner of Brazilian Jiu Jitsu, an accomplished cook, a voracious reader, and a Freemason. He enjoys rucking, hot yoga, traveling, hunting, fishing, learning languages, and enjoying different cultures and their food. Brent lives in Chicago with his wife and stepdaughter.

It’s time to embrace a Samurai mindset through a bulletproof morning routine. With combined philosophies and tactics from Beethoven to Steve Jobs, and Benjamin Franklin to Tony Robbins, Brent’s “Morning Routine Blueprint”, has been effectively used by thousands of men and women and will help your audience figure out, not just what is coming next, but how to shape what is coming next. Learn to attack the first hour of the day and put yourself the best possible position to ensure daily success. Crush your morning and own the day.

“Every super successful person I know has this one thing in common. They all have an effective, and consistent morning routine. You should too.”

Learn the true essentials needed to build a powerful circle of influence. Throughout history, successful people have understood that they need to surround themselves with winners and like-minded people. One of the biggest secrets to getting what you want, is surrounding yourself with people that have what you want.

Brent trained under Brian Tracy and has worked with some of the leading experts in Goal Setting. Brent has an in-depth, science and result-based approach to not just effective Goal Setting, but Goal Crushing! This is not another boring, take a few notes Goal Setting workshop. Raw and intense, Brent pushes people to challenge themselves by setting massive Goals and then taking massive action. Every person that leaves his goal setting workshops, leaves with a new approach to understand their vision and how to develop and execute their Massive Action Plan.  (M.A.P.)

“Regardless of where you come from, where you’re at, or where you want to go, this book can be applied. Brent has a great way to convey how this ‘Samurai’ mentality can be applied to every walk of life. A fantastic read.”

“Brent has such a passion for Jiu Jitsu and goes deep into not just the popular sport BJJ, but the self-defense, philosophy, breathing, and amazing lifestyle that Jiu Jitsu gives us all. He gives you a real-world introduction to this unbelievable martial art that has changed my life and my family’s life forever. Jiu Jitsu lifestyle brothers. OSS!”